Wuppertal is a municipality of about 350.000 inhabitants, located in the state of North Rhine Westphalia close to Düsseldorf. It is a major industrial center with the river Wupper at its heart and lots of green space. The city has conducted several consultative Participatory Budgeting processes in previous years. However, just as in many other consultative PB processes throughout Germany, they saw the need to rethink their participation model due to dissatisfaction with it by citizens, municipal staff and political representatives. With the recently established ‘department for participation’, EMPATIA thus found an enthusiastic partner interested in developing a new, innovative, multichannel model of Participatory Budgeting in Germany.

In a participatory design process, a comprehensive model for participation in municipal budget planning was developed together with citizens and municipal staff. The core of the model was a multichannel PB process with a budget of 150,00.00 €. The dedication of a predefined budget for a PB is still relatively new in Germany where the predominant model of PB is the consultative one. One of the key aims of the pilot was therefore to test how a multichannel budget oriented PB can be implemented in Germany. Special focus was given to the importance of the detailed review of the proposals by the municipality before the voting (instead of afterwards like in the case of most consultative PBs). Moreover, SMS verification was tested in the voting phase as a means to verify participants.

The PB process was conducted along three main phases, with innovative, new methods tested in every step:

1) In the first phase which started in May 2017, citizens could submit ideas online, via telephone, and in the streets at a mobile stand. All ideas were channeled on the EMPATIA platform www.buergerbudget.wuppertal.de where they could be commented and prioritized (by way of giving “likes”). The main innovative feature in this phase was that parallel to the participation the municipality conducted a preliminary review along the main criteria for idea submission. The result of the phase was a list of the TOP 109 submitted project ideas (from a total of 267 ideas).

2) The second phase started with a citizen assembly in which about 150 citizens performed a “common good check” on the TOP 100 project ideas. In small groups, they prioritized the ideas with the help of common good criteria developed by the Wuppertal Institute. The filtering method used for this event was created specifically for this pilot in the framework of EMPATIA, and provoked a lot of interest by the media and also other municipalities. The result of the co-creative common good check was a list of the TOP 32 ideas with the most contribution to the common good. These 32 ideas were subsequently reviewed in detail by the municipality regarding their costs and implementation. In total, 48 ideas were reviewed because some ideas from the TOP 32 did not pass the review. The result of the second phase was a list of TOP 32 projects that passed the municipal review and moved further to the final voting.

3) The third phase started with a so called voting party which included a gallery of all final TOP 32 ideas. About 120 attended the event and voted on site. People who could not attend the event could also vote online or in the town hall the weeks after. The main innovative feature tested in this phase was the SMS verification and the way of voting in which every participant had a limited amount of votes (i.e. five). In Germany, new means of verification of users in online voting are crucial because the verification via ID card numbers is seen very critically in Germany’s political culture and is (as of today) not an accepted means. In total, more 1.627 people voted. The six winning projects were announced in October 2017, amongst them the renewal of a playground, the prohibition of cars in a particular street, the support of a project connecting young people and the elderly, new benches in a certain area, and the support of a project against racism and antisemitism. These projects will now be included in the municipal budget plan and implemented within the next two years.

Description of the use of the EMPATIA platform in the Pilot

The EMPATIA platform www.buergerbudget.wuppertal.de was used as the main channel bringing everything together, not only regarding the particular PB process but also regarding information and dialogue about the municipal budget. The platform was thus used as a showcase for the financial department, with the aim to provide easy to understand information about the municipal budget, with videos (produced by the local youth media initiative YouNect), info articles, FAQ and a quiz. The platform also provides a space for events related to the municipal budget and or the PB process.

Besides a space for information, the EMPATIA platform was intensively used in all phases of the PB process. It was embedded as key element in a multichannel process. In phase 1, it was used for submission of ideas, commenting, and expression of preferences (liking). In phase 2, it was notably used for transparency and information, with up to date information on the results of the common good check and the municipal review. In phase 3, users could vote for their personal top five project ideas. For the voting, a method similar to a shopping cart was used, something as new for German PB as the SMS verification which was another key feature tested in the EMPATIA platform. As in the first phase, all results (=votes) collected on site were integrated online so that at the end of the voting the combined results of all votes (online and on site) was available immediately. The back office features were used by pilot partner Zebralog and the Wuppertal team mainly to add and edit content, update the project ideas status’, receive information on statistics, send out mailings to participants, and to review and facilitate comments.

What do participants and city managers have to say about the process:

“The basic architecture that we developed co-creatively for this process worked very well. Now, finetuning is in order for the next PB.”

(citizen feedback at evaluation meeting in November 2017, translated from German)

“I liked a lot that the PB was co-designed, co-conducted, co-evaluated.”

(citizen feedback at evaluation meeting in November 2017, translated from German)

“I am overwhelmed by the creativity, number and quality of citizen ideas. We will definitely do a PB in the next municipal budget planning period again.”

(Dr. Slawig, treasurer, at the voting party in September 2017, translated from German)

„EMPATIA has enabled us to co-creatively develop a new, innovative model for PB.”

“Overall, the EMPATIA Wuppertal platform was clearly structured and I liked how information and citizen ideas are visualized. Room for improvement is notably in the speed of the platform.” 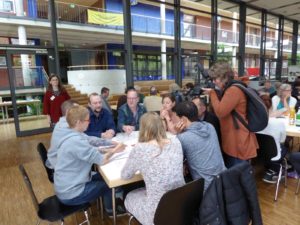 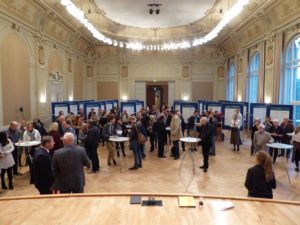 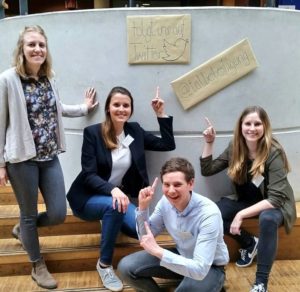 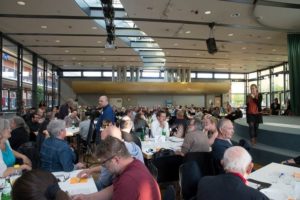