Cormano is an Italian municipality with a population of 20.000 inhabitants in the metropolitan city of Milan. With around 140 associations, the city stands out for its citizens’ engagement to matters of civic interest. Furthermore, data on the last European elections’ turnout seem to confirm this fact: taking as reference 2014’s elections, more than 70% of Cormano’s citizens voted, as opposed to an average 66% in the North-West constituency and a national average of 59%.

Cormano first PB was developed by BiPart, in 2017. One of the important aspect of this process was a strong focus on training, that resulted in a number of meetings, attended by both the administration and citizens. In these meetings, citizens and managers were presented with common elements of participatory budgeting, principles and tools for facilitation, as well as mechanisms of a city budget’s drafting and issues with digital literacy.

Training allowed to co-design the participatory budgeting process through group sessions in which citizens interacted with technicians and politicians, thus resulting in the sharing of the process’ rules and development as well. This approach led to the design of a process actually matching the urban and cultural context in which it took place.

Empatia provided the necessary support throughout the whole participatory budgeting process. In the first phase, citizens used EMPATIA to share ideas with other fellow users. Through other citizens’ comments and suggestions, ideas turned into concrete proposals, which often combined similar ideas, and encouraging stronger support for proposals. Finally, thanks to its user recognition mechanism, EMPATIA has been used for the final poll, significantly simplifying the vote procedure and increasing turnout. Furthermore, EMPATIA’s flexibility allowed to directly submit a questionnaire about the activities, providing much needed support for the evaluation phase. 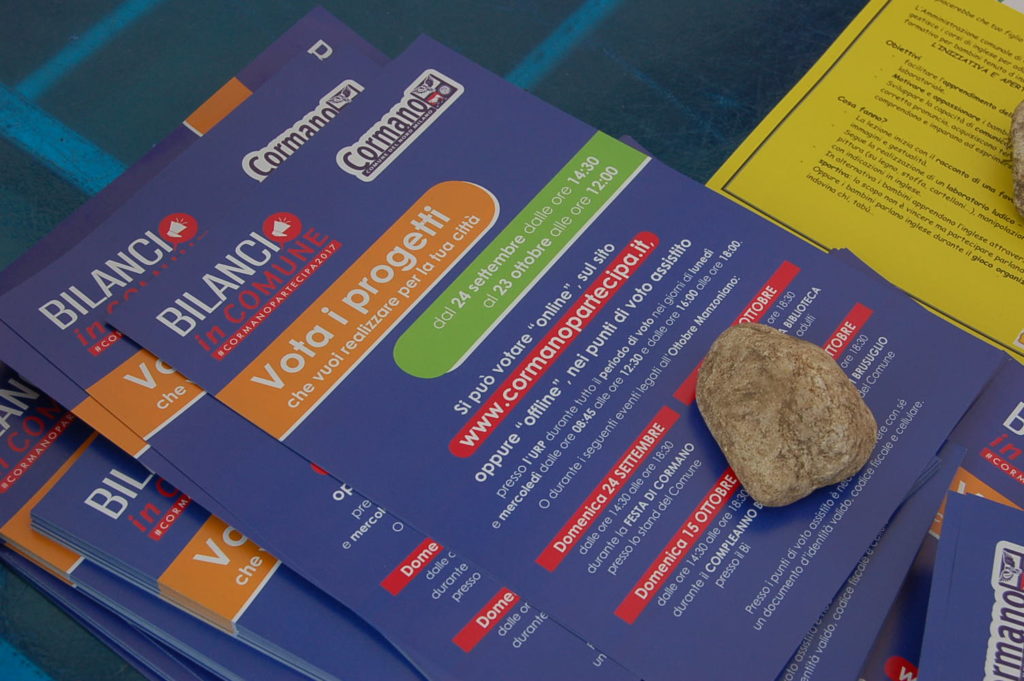